It has always been said that "The poor fight, and die in war because they have no other options". The movie "The Inspection" is all about a true story about a poor gay black man who has no other option within his almost homeless and bleak existence but to join the Marines. This entire story is about boot camp and the reality of the abuse new Marine recruits must endure and become a Marine. In this case of this story, the new recruit Ellis French, played very well by actor Jeremy Pope is gay - and this adds a lot of additional challenges Ellis must endure to become a Marine. His mother, Inez French, played very well by Gabrielle Union is extremely homophobic and both disowns and is abusive to her own son because he is homosexual.

This film reminded me of "Full Metal Jacket". released in 1987 - because it shows the harsh reality of boot camp and the training that has evolved for hundreds of years to turn an ordinary man or woman into a soldier - who is capable of fighting in a war. The harshness and cruelty that has evolved over the centuries - necessary to train a soldier, is the main part of this movie and for the most part, is very well done.

The most important part of this movie in my opinion was the acting of Gabrielle Union who for perhaps the first time in her acting career has scored a significant and serious role in a low-budget "Indie" film. What stands out the most about Union's performance is the harsh and damaged appearance of her face - without any makeup, that makes you wonder if this is Union's real face or some additional appearance enhancements for this film. There is talk of a possible Oscar nomination for Union's performance as Ellis French's mother, but I thought her role was not long enough to receive an Oscar nomination.

The Rotten Tomatoes ratings of 86% are too high for such a one-dimensional review of Marine boot camp and homophobia, which we have all seen before. My rating is a solid 75% and a marginal recommendation.

On July 7, 2003, two Mars Rover robots were launched into space. Their destination was millions of miles away - to the surface of Mars. After a flight that took over 6 months, both robots landed on Mars with flawless perfection, using a parachute and airbags that had to deploy and then release the robots at precisely the right times - using automated procedures. Right at the start of this impressive documentary, the genius of the scientists and engineers that invented this amazing mission showed their impressive abilities to invent and create. Originally both of these robots were supposed to last only 90 days. In the end Spirit lasted over 6 years and Opportunity lasted and incredible 15 years, yet another tribute to the brilliance of so many smart people who worked for NASA.

This documentary is about the science, the pictures and the hardships these two robots endured that included solar flares and huge dust storms that at times would clog the machinery and then at other times would clean off the solar panels providing needed energy for each robot rover. Throughout all of these many problems for so many years, the inventive brilliance of some of the most intelligent people in the world came through time after time. Just to get a simple message to the robots so far away - could take over 20 minutes. The crew on earth had to keep up with the time on Mars and over a period of weeks and months, their schedules included being at work after midnight to constantly monitor the progress of the mission. When the Opportunity robot finally stopped working on February 13, 2019 after over 15 years, understandably the entire project crew became very emotional, almost as if they were losing a child. This show of real emotion over 2 robots is one of the best parts of the great documentary.

"Goodnight Oppy" is the best documentary I have seen about space travel in many years and gets my highest recommendation.

Movie Review: Bones and All

Far too often, based on high ratings on Rotten Tomatoes I have been tricked into seeing a very bad movie. The latest is a horrendous waste of 2 hours called "Bones and All". For reasons completely unknown this film - about people known as "Eaters", who are a breed of near-homeless people living in extremely depressing and dark squalor and eat people - is getting an 85% rating on Rotten Tomatoes. Why this mess is getting any positive reviews - I have no idea. This movie is a giant mess of depressing garbage and one of the few movies I just had to leave early after suffering through 75% of this disaster. Why would anyone want to see another human being (and not a zombie) eat another human being and find this entertaining is a mystery.

For some reason, an actor as relevant as Timothée Chalamet agreed to be in this extremely bad movie. Other actors are less well known, Taylor Russell and Mark Rylance are also in this 2 hours of depressing waste.

There is not much to write about this one other than the 61% audience rating on Rotten Tomatoes makes much more sense, with my rating 2% and a huge thumbs down for one of the worse films I have ever seen. 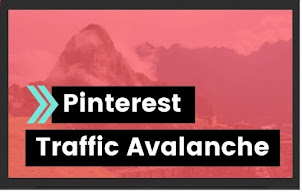